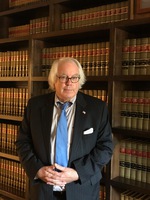 Tom with one of his clients
Create your website for free!